Hi, and welcome to The Kitsman’s weekly Fantasy Premier League segment. Today marks Gameweek 25, we are into the second half of the Premier League season, and thus, the business end of the FPL timetable. I will be using OPTA, understat.com, fantasyfootballhub.co.uk, and other stat-based FPL resources to collate a comprehensive summary to advise you in your quest for Fantasy dominance.

Another weekend, another Double Gameweek. Gameweek 25, however, is the least intense Double Gameweek for FPL owners so far this season, with just one added game. As Leeds and Southampton are the teams in action twice this week, there are plenty of affordable options in attack and defence that might tempt FPL owners with a wildcard available. But with a league-wide Double Gameweek on the horizon, I would advise against a wildcard for Gameweek 25.

Patrick Bamford (6.9m) – Bamford is an unsurprising pick for Gameweek 25. The Englishman has been a valuable asset throughout the whole season, demonstrating the concerns over him making the jump as a legitimate Premier League striker were unfair. He has the highest non-penalty xG in the Premier League this season and has had more shots in the box than any other player, registering 12 in his last 4 fixtures. He is a no-brainer for DGW 25 and is the most attractive option for captaincy.

Jamie Vardy (10.1m) – Leicester have a favourable run of fixtures from GW 26 and beyond so an investment in Jamie Vardy is an interesting proposition. Though Vardy’s attacking returns have been hampered by injury this season, you should expect Vardy to kick into gear with the upturn in creative form of Harvey Barnes and James Maddison, with the latter creating three big chances in his last four PL fixtures, and the former registering an assist for Vardy’s goal versus Liverpool. As the upper echelons of FPL strikers have largely underperformed this season (with the exception of Harry Kane), Vardy could be a useful differential (17.5% ownership) in the final stretches of the season.

Luke Shaw (5.0m) – Shaw was very nearly the Kitsman Recommendation for Gameweek 25, and had it not been for Leeds’ Double Gameweek, he would have been. Luke Shaw is the most creative (16 chances created in the most recent 6 games) defensive asset in the Premier League and has created more chances than any other United player since the turn of the year.  Barring United’s 3-3 draw with Everton in Gameweek 23, they have not conceded more than two goals since Gameweek 6 and with a visit from a Wilson-less Newcastle on the horizon, a clean sheet and bonus point haul does not seem unreasonable.

Jack Grealish (7.7m) – Villa’s attacking output has decreased alarmingly since their surprising 3-2 away defeat to Burnley. Prior to that point, Villa were in the upper echelons for xG per game and big chances per game, but since their defeat in GW 20, they are rock bottom in the PL in these statistics. This suggests a tactical shift, epitomised by Grealish’s dramatic decrease in attacking productivity. He is now averaging a big chance per 807 minutes, compared to 195 before this point. There is no doubt Grealish is among the league’s Premier creators, but his current form is no doubt a cause for concern for FPL players.

Kevin De Bruyne (11.8m) – This a warning for FPL players who expect De Bruyne to slot straight back into the team after recovering from an injury!! There is every chance the Belgian could make a seamless transition back into the side, but with a CL RO16 tie in the week, Pep might choose to unleash his star on the European stage and could be set for limited minutes this weekend.

Southampton defenders – Southampton’s defence has been the leakiest in the Premier League in 2021, conceding more than two big chances per game. With two fixtures versus Chelsea and high-scoring Leeds, form suggests that they might continue to struggle, even with the reintroduction of Vestergaard, who has improved the So’ton defence in recent weeks. Alex McCarthy would be another miss, and his recent form has prompted calls for him to be dropped.

Marcos Alonso (5.7m) – The signs that the highest scoring defender of 16/17 look promising. Since his reintroduction to the side following Tuchel’s arrival, Alonso has registered more shots in the box than any other Premier League defender. The concern is that Ben Chilwell, Chelsea’s £50m summer signing will be rotated for the Spaniard, with Tuchel already showing a willing attitude towards rotation across the pitch, but especially in the wing-back areas.

Raphinha (5.4m) – At 5.4m, Raphinha represents a low-risk, high-reward asset for FPL owners looking to capitalise on Leeds’ double gameweek. With a measly 9.6% ownership, Raphinha is a sure starter and attacking threat versus Wolves, and already discussed fragile Southampton. He has increased his presence in the box in recent fixtures and is registering an attacking involvement every other game. Pivotally, he is in fantastic form and has not scored under 5 points in any of his last 5 fixtures. For those looking for a bargain option in midfield, Raphinha presents an interesting and attractive proposition. 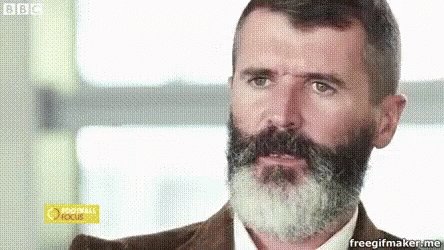