Super sub, baby-faced assassin, one-club man. Ole Gunnar Solskjaer has been known by many names in his illustrious career with Manchester United and now faces a different challenge in management. Join us as we take a trip down memory lane to decipher our top 5 Solskjaer shirts.

1. Manchester United 1996/97 Home. In Solskjaer’s debut season, he wore this premier league classic. He also notched an impressive 18 league goals including one on his debut match against Blackburn Rovers. Umbro made some stunning shirts for Man United in the 90s and this stylish number puts some of today’s flimsy generic shirts to shame. A true classic.

3. Manchester United Home 1998-2000. This shirt has lovely bold, black lines to separate the classic red and white. The Sharp sponsor again looks iconic and it is the shirt of the treble winning season to boot. Special mention goes to an attractive collar.

4. Manchester United Away 2006/07. Solksjaer’s last season. A fairy tale end to his career – he plays 19 league games and 13 cup games, scoring a total of 11 goals. This black number is our first nike selection and the first non-Sharp pick.

5. Manchester United Home 2006/07. In contrast, the home shirt for Solskjaer’s final season has a less desirable collar in our opinion but the crest looks the business.

That completes our top 5 Shirts of Solskjaer. As always, we would love to hear you opinions on any shirts we missed out and where to find them. Keep on kitting, 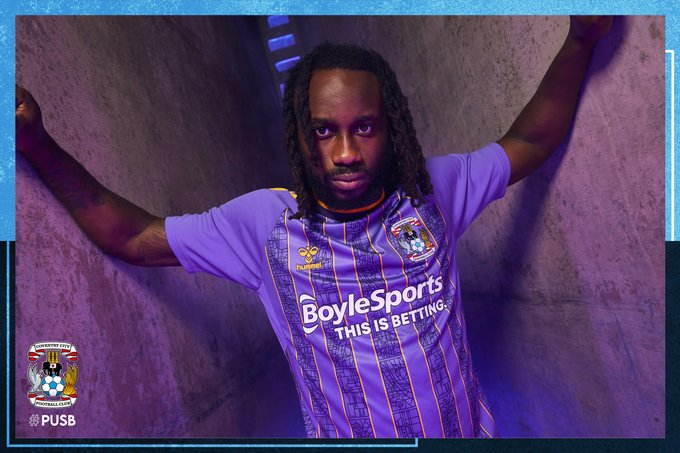